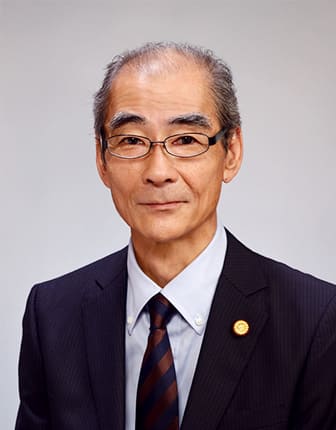 BIOGRAPHYDeputy Director Kenichi KATAYAMA, after completing graduate work in Physics at Tohoku University, joined the chemical company Showa Denko where he spent 16 years working on the research and development of electronic materials. During this time he also conducted research as a visiting researcher at the Ministry of International Trade and Industry as well as in the Materials Engineering Department of North Carolina State University in the U.S. In 1993 Mr. Katayama then received his Ph. D from Osaka University.

As a member of the Japanese Patent Attorney Association, Mr. Katayama is a member of the International Affairs Center. In 2014 he attended the “Symposium of the Topic of the Practice Around Art. 123(2) EPC held by the EPO as a representative for the JPAA. In 2015 he served as the leader of the JPAA’s Europe Visit Group.

He also studied (but did not complete) doctoral work on competition law at the Department of Business Law, Graduate School of Business Sciences, University of Tsukuba.

Mr. Katayama has received high acclaim in both the Individual and Prosecution Department categories every year from the IAM Patent 1000-The World ’s Leading Patent Practitioners, and in 2019 assumed the position of Deputy Director at Sakamoto and Partners.